At B2P currencies , the basic idea is that every company planning to put a good in the market, can finance his operations by paying to his providers with a currency issued by the company as a share in the future goods.

If they issue more money than goods they actually produce and this money represents, the enterprise will be pursued by law. Customers can claim that they came with the money and there was no goods in the stores. 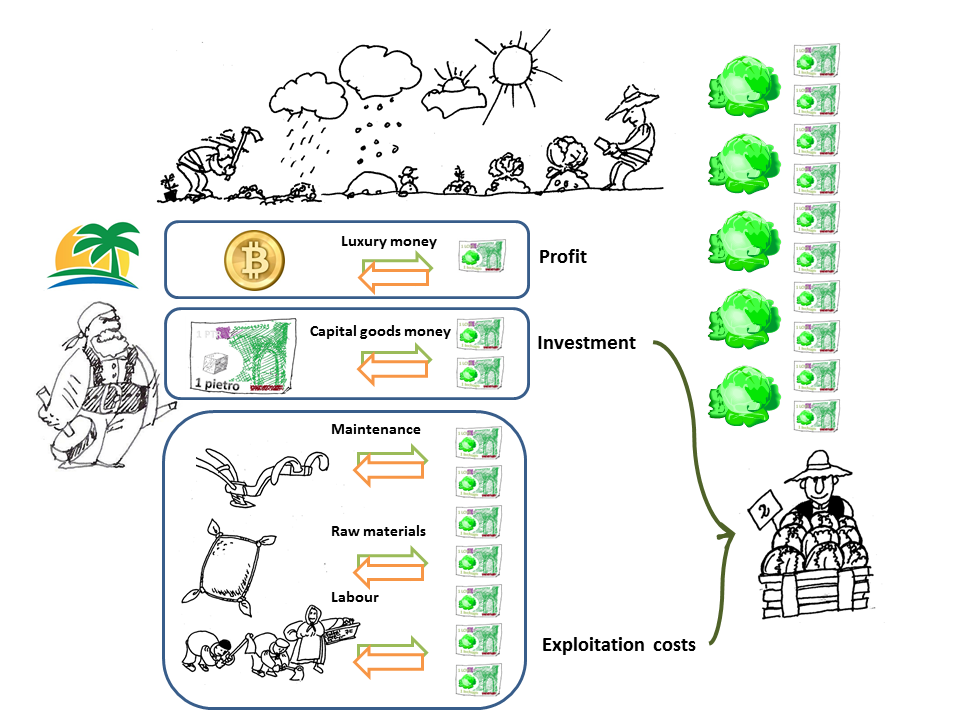 Buy goods
To buy variable goods and services, like maintenance, raw materials or labor, that is, to pay the exploitation costs, they use their own B2P currency to pay their providers. The providers will use this money to buy themselves the goods this enterprise is producing or will put it into the exchange market for those who want the goods this enterprise is producing.

Sales can go wrong from the beginning to the end:
Publicado por Unknown en 6:53