The sovereign is the legal tender currency of a community organised as an Equalitarian Peoples Association, which could operate as an ethereum DAO, or several DAOs or DACs, one for each Governing Body or Public Service Body.

In essence, the P2P credit instrument created for Peer to Peer credit purposes is used as well as a P2B credit instrument. The B(Business) is in this case the DAO of the Governing Body of the Equalitarian Peoples Association. It means that all monetary credit in the system comes in the end from the Peers or People, and nobody else. In a way, it is the money the Peers “impose” to their Governing Bodies.

As legal tender currency, it is the only currency accepted for the creation of new money in form of only-monetary P2P or P2B credits. It is the only currency accepted to pay the taxes. It is also the only currency used to pay the Basic Income. Additionally there is another kind of credit, self-credit, but it has to take the form of a B2C bond currency against future production of goods of DAOs operating as Equalitarian Peoples Associations for-profit private companies. That is, all other credit is in other currencies, and is not “monetary only”. It is credit against a promise of goods. Technically, it is created as any other ethereum currency, but at start it has zero (0) units in circulation. The People's Bank creates the currency like this:


The Peoples Bank is authorised to generate as many sovereigns as it considers necessary, but only entitled to transfer money to the members loans accounts.  Most probably, the Bnak will generate an excess of sovereigns to cover future needs.

The Bank transfers to the loans accounts of the members of the Equalitarian Peoples Association a transfer equal to the members reputation as moneylender.

Whta is forbidden is a transfer from the People's Bank to any Governing Body or any other entity.

As explained in Commons Sovereigns for Equalitarian Peoples Associations, the poorest will pay their tax fee with the help of their Basic Income. 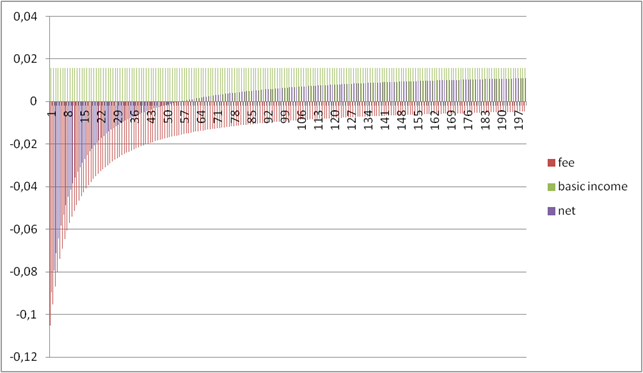 The total monetary mass of sovereigns in circulation is composed by the total mass of credit given to the Governing Body as credit by the people plus the sum of all P2P credit between Peers. In most real situations it will result in a gradual decrease of legal tender monetary mass along the year as people pay their taxes. The scarcity of money will probably result in a higher demand of P2P credit at the end of the year. 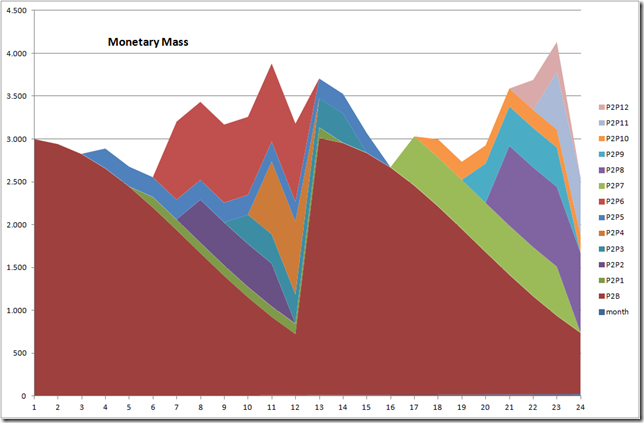 Whatever the real curve is, the effect we want to generate is that the mass of sovereign money in circulation is auto-regulated
More information at El Soberano del Bien Comun (PDF, spanish)
Publicado por Unknown en 3:45